Our vision is an Atlanta where everyone moves safely, easily, and sustainably throughout the city. Our mission is to reclaim Atlanta’s streets as safe, inclusive, and thriving spaces for people to ride, walk, and roll. In 2021 we merged with PEDS and in 2022 we rebranded as Propel ATL.

In 2019, our 28th year, we created a new strategic plan with partners, members, and supporters. The 2020+ strategic plan responded to changes in our environment and work with an updated mission and vision, and expanded goals that include walking and transit.

The Atlanta Bicycle Coalition was founded in 1991 to engage bicyclists in efforts to improve biking conditions in the city of Atlanta. Known then as the Atlanta Bicycle Campaign, the organization’s early actions focused on providing education and resources for cyclists, and rallying City government and MARTA officials to support accommodations for people traveling by bike.

In the earlier years, volunteers advanced accomplishments including installing bike racks throughout the city, securing bike parking lots at the 1996 Olympics, convincing MARTA to add bike racks to all buses and bike access on trains, and working with schools, communities, agencies to pilot Safe Routes to School programs and kids' bike clubs. 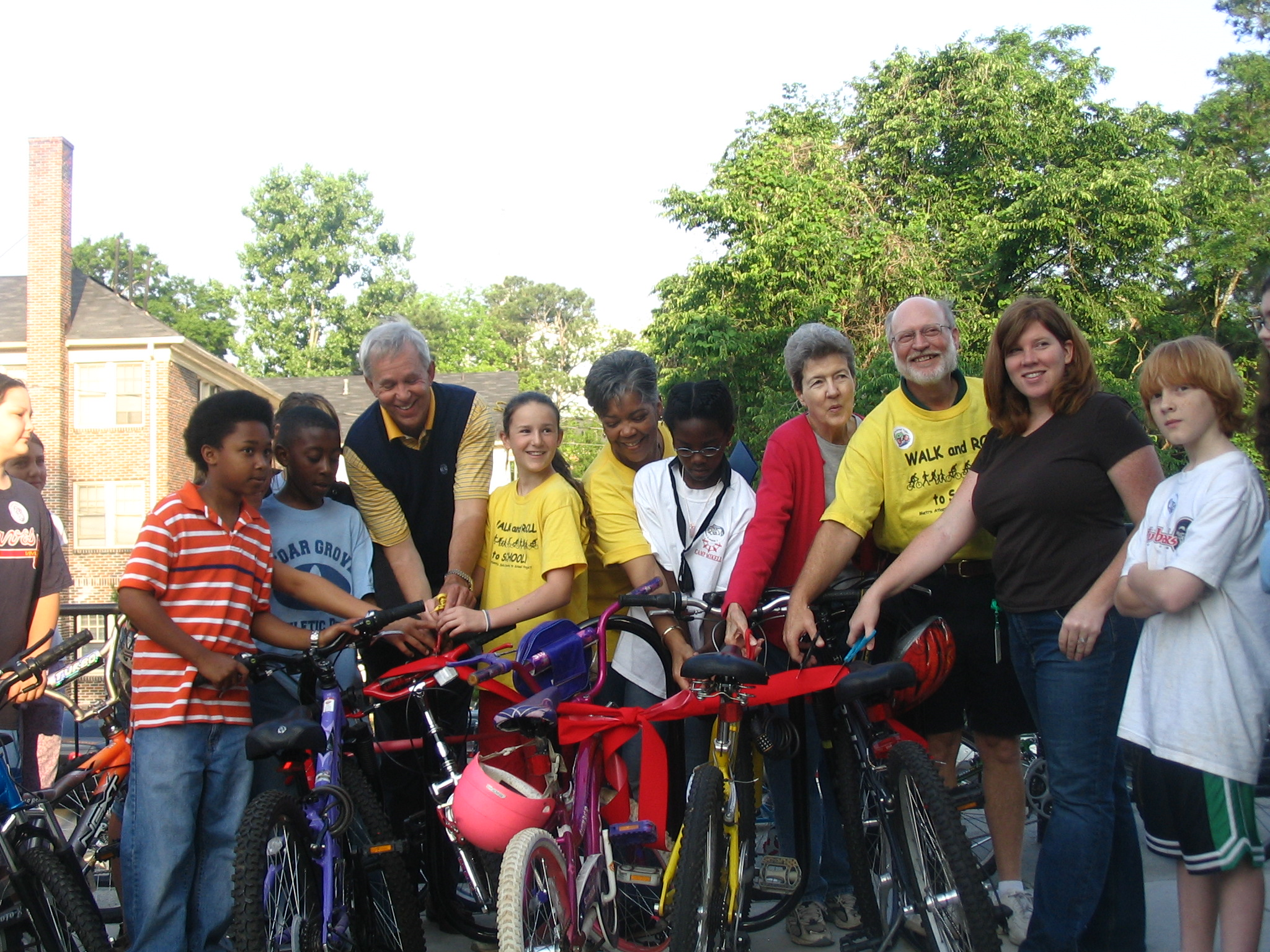 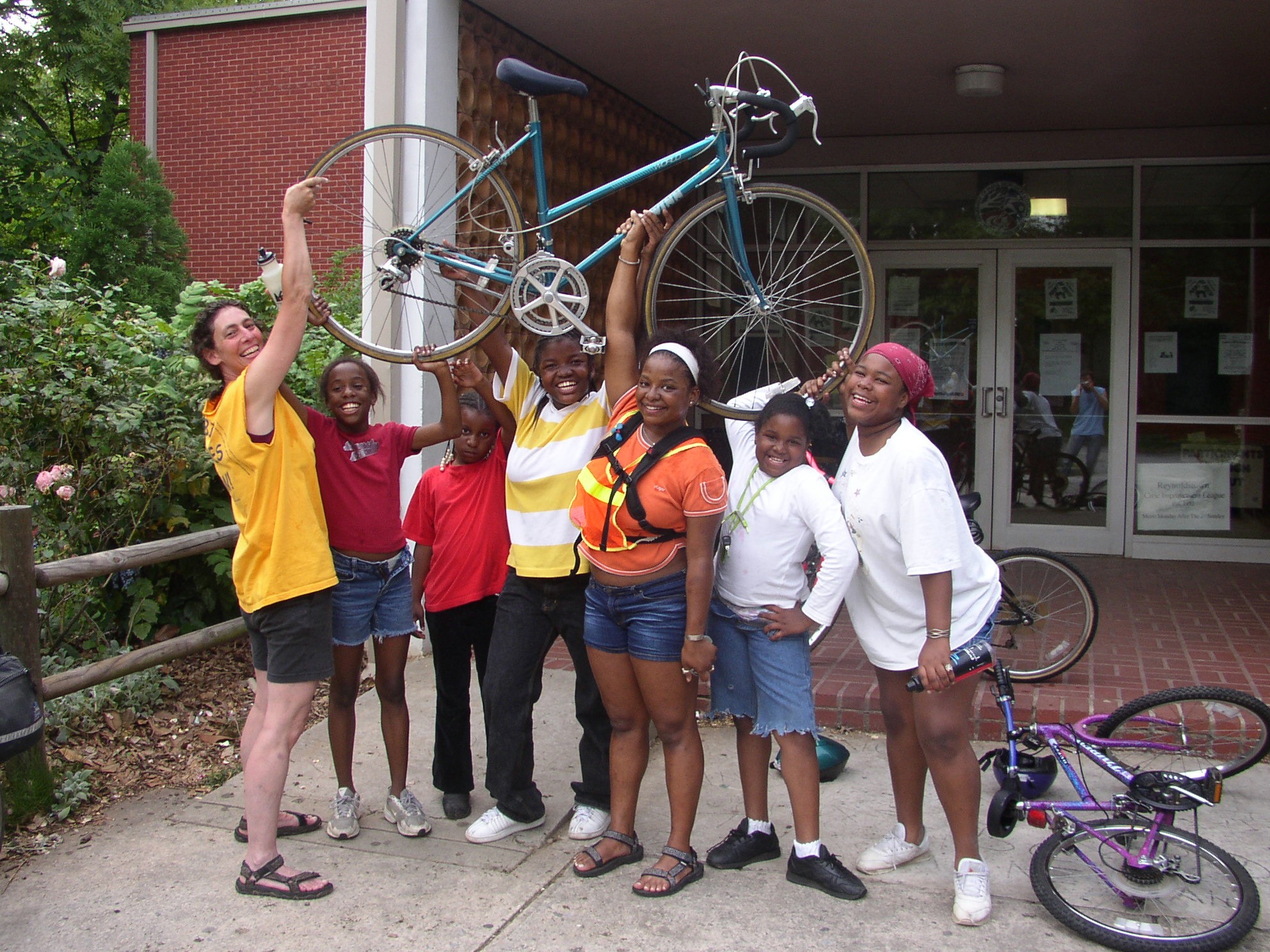 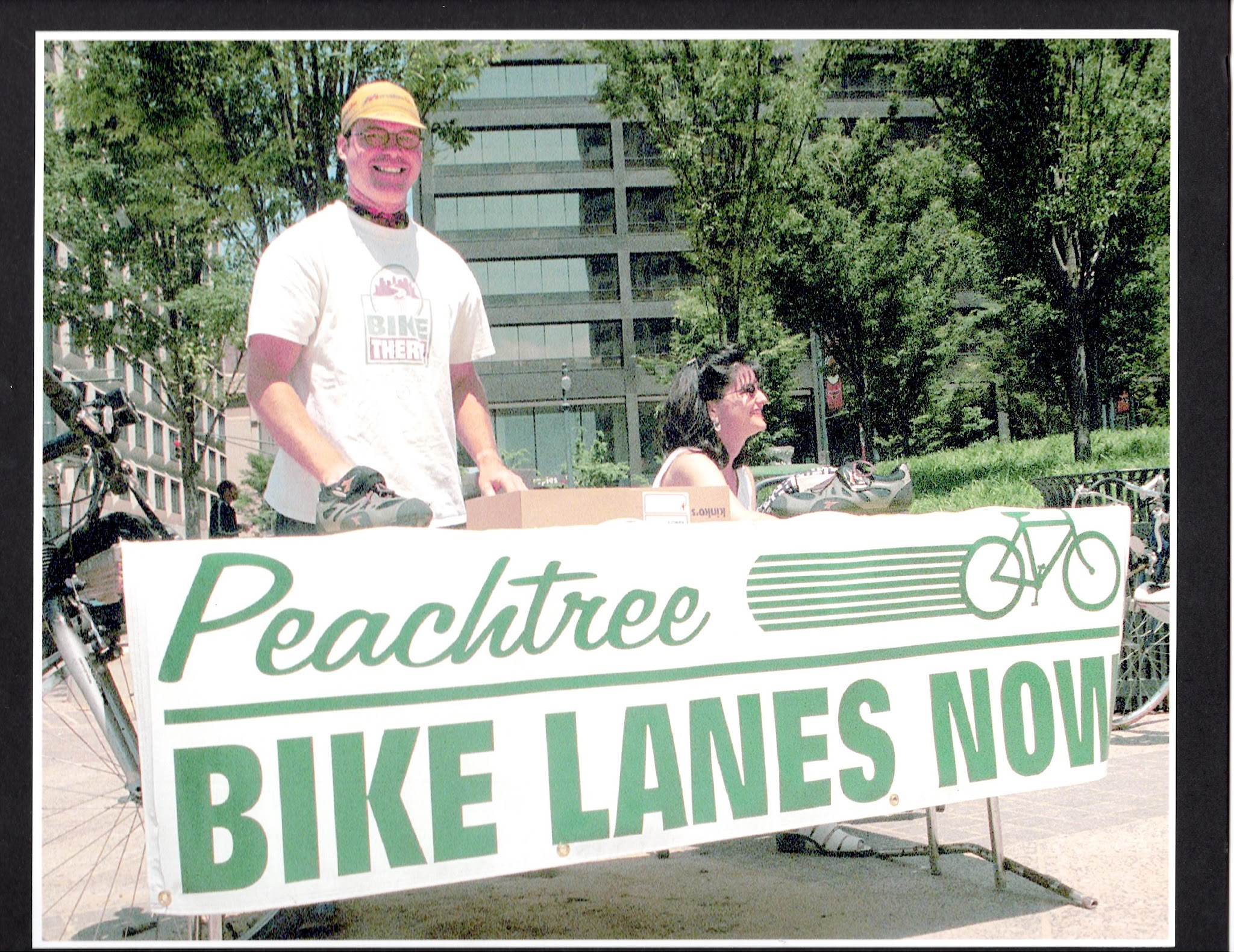 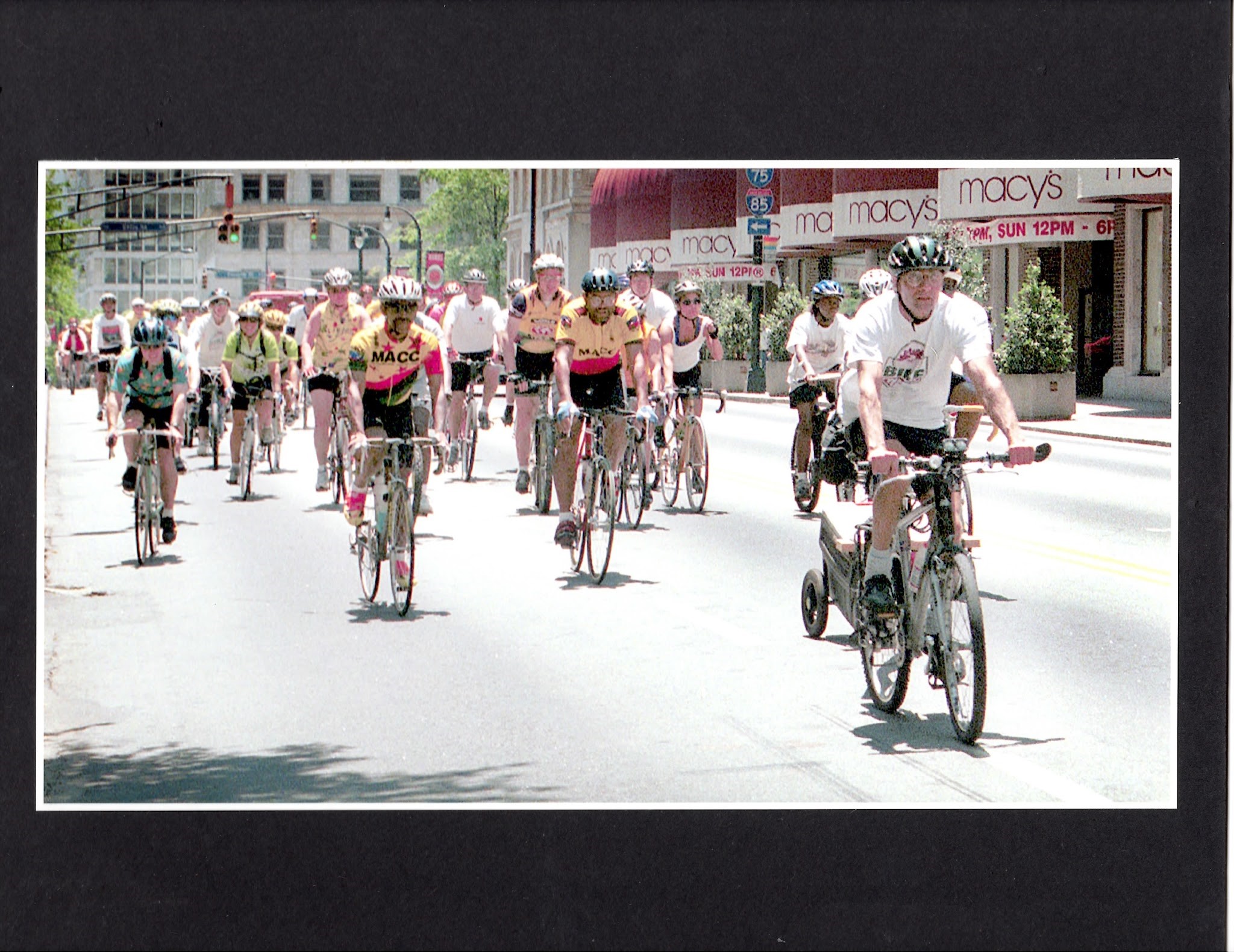 Key supporters in the first decade of existence included Mayor Maynard Jackson, who led a Bike to Work Day event and invited the organization to serve on the bicycle advisory committee for the Atlanta Commuter On-Street Bike Plan. An early board president, Barbara McCann, went on to found the national Complete Streets movement, inspired by her experience trying to find ways to avoid riding on Ponce de Leon Avenue. 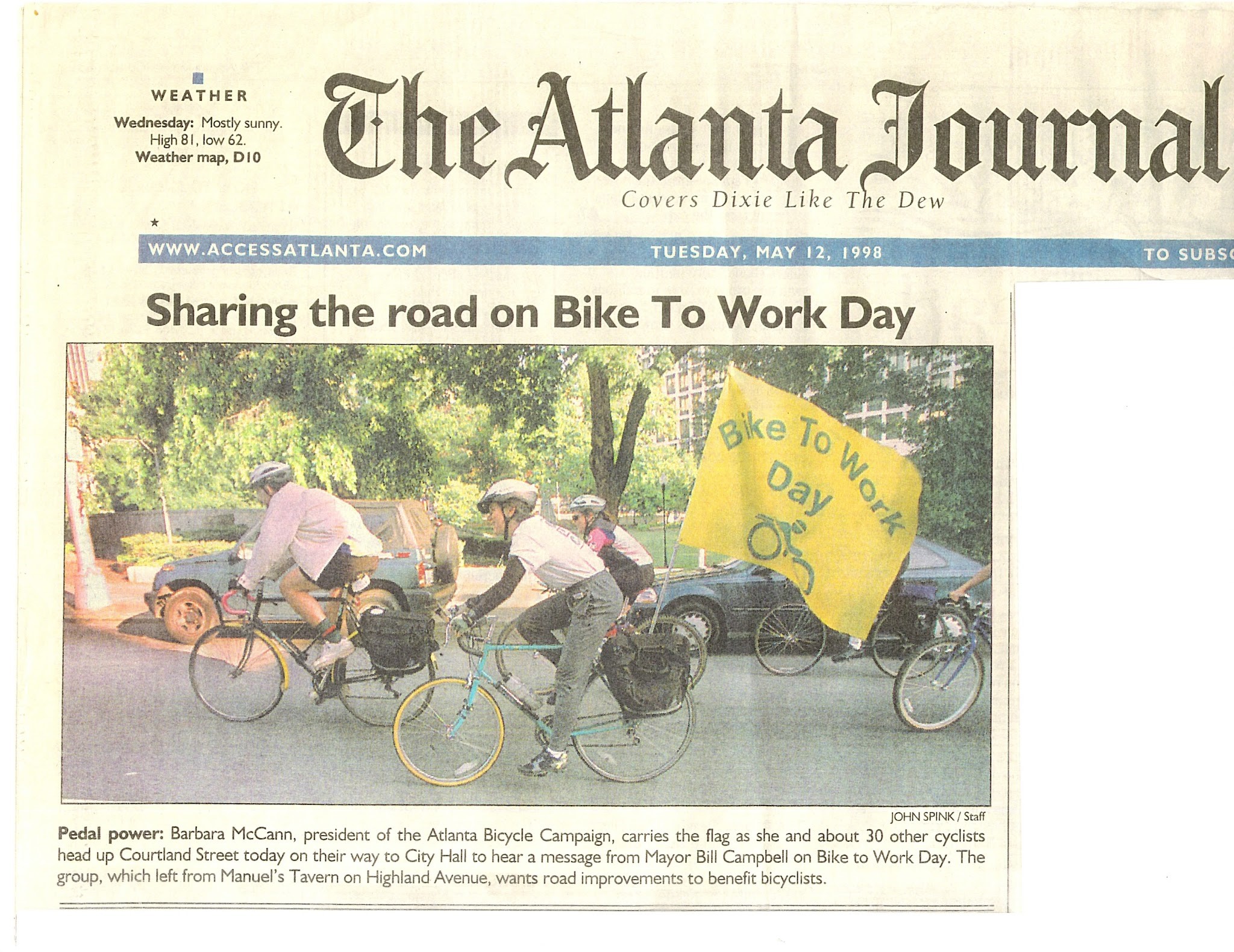 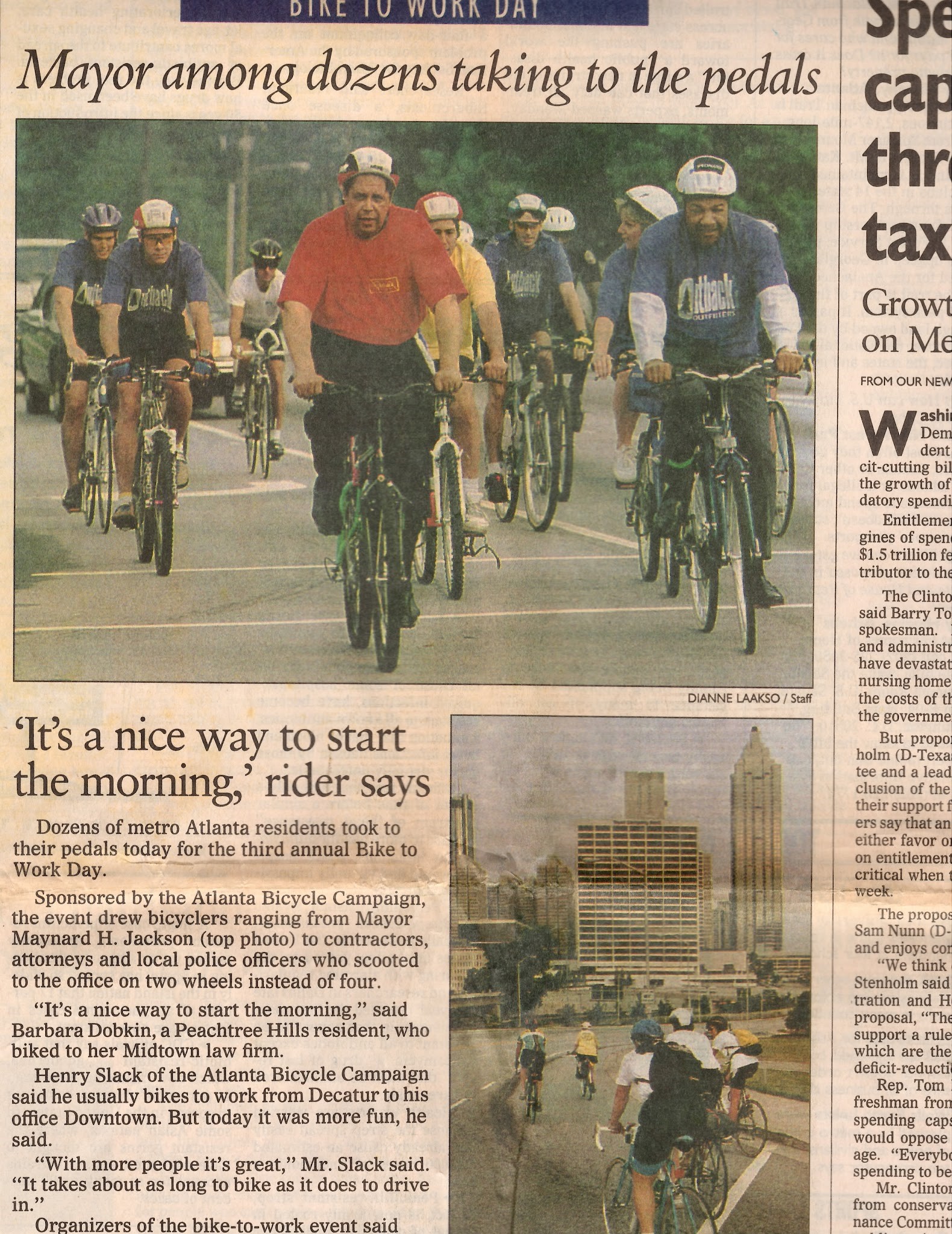 In 2008, the organization started operating a popular bicycle valet service at festivals, concerts, and other events and launched the first BeltLine Bike Tour to promote the BeltLine’s potential for creating neighborhood connections, rolled out a new website. In 2009, after mobilizing cyclists in support of Atlanta’s first comprehensive transportation plan the previous year, the organization changed its name to the Atlanta Bicycle Coalition in recognition of the need to build coalitions in order to effectively advocate change.

Inspired by open street projects all over the world, the Atlanta Bicycle Coalition embarked on the next phase of the organization’s journey -- mainstreaming cycling. Atlanta Streets Alive, an open streets initiative, launched in 2010 to encourage people to experience the joy and safety of walking, playing, and biking city streets without cars. The inaugural activation on Edgewood Ave drew a crowd of approximately 6,000 people. Since its inception, the Atlanta Streets Alive routes selected for each activation correspond with advocacy campaigns for safe streets for all, serving as a tool to garner more community support for change at the street level. 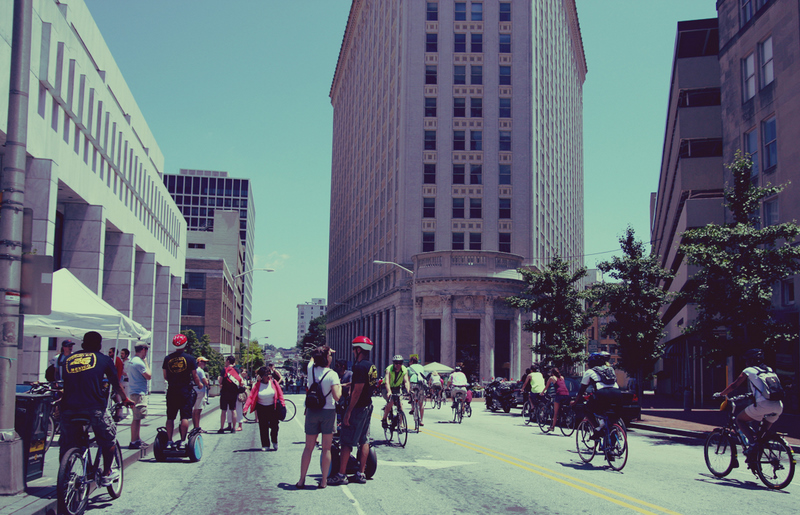 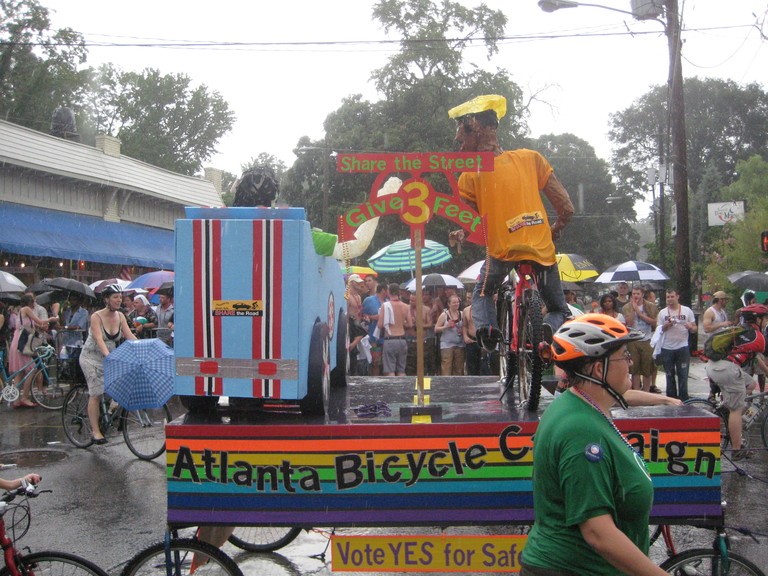 Following the death of co-founder Dennis Hoffarth from cancer, the organization worked with the City of Atlanta to dedicate a section of bike lanes on Peachtree Street in his honor. In addition to Atlanta Streets Alive, the organization initiated other advocacy tactics to reinforce biking as a mainstay in Atlanta. 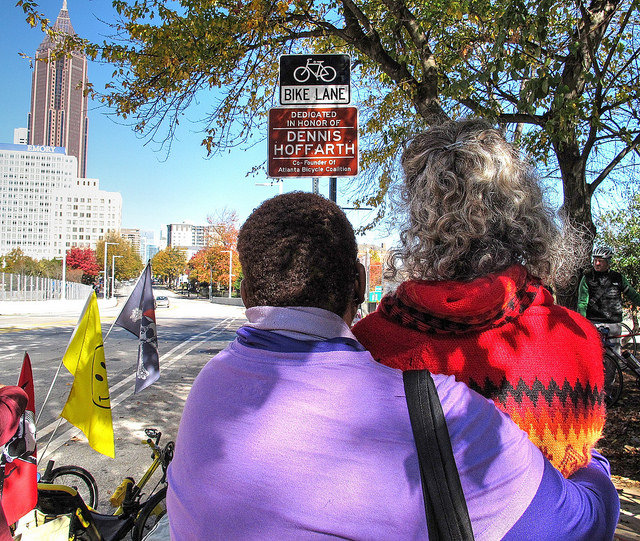 They launched a popular bike valet service for neighborhood festivals, led a successful campaign to pass the 3ft passing bill, secured $30M in public funding for Complete Streets, and $250,000 for a Chief Bicycle Officer position in the Department of City Planning. To advance the programmatic efforts, the organization also wrote a bike share feasibility study that led to a city bike share system.

With the 10-year anniversary approaching in 2020, Atlanta Bicycle Coalition has reclaimed 68 miles of city streets as car-free public space, reaching more than 1,461,262 attendees over the years. In 2019, the organization collected more than 1,200 signatures on the Safe Streets Pledge, calling for the City of Atlanta to adopt Vision Zero, the policy approach based on the premise that no one should die in traffic.

In addition to Atlanta Streets Alive, the organization initiated other advocacy tactics to reinforce biking as a mainstay in Atlanta. They launched a popular bike valet service for neighborhood festivals, led a successful campaign to pass the three foot passing bill, secured $30 million in public funding for Complete Streets, and $250,000 for a Chief Bicycle Officer position in the Department of City Planning. 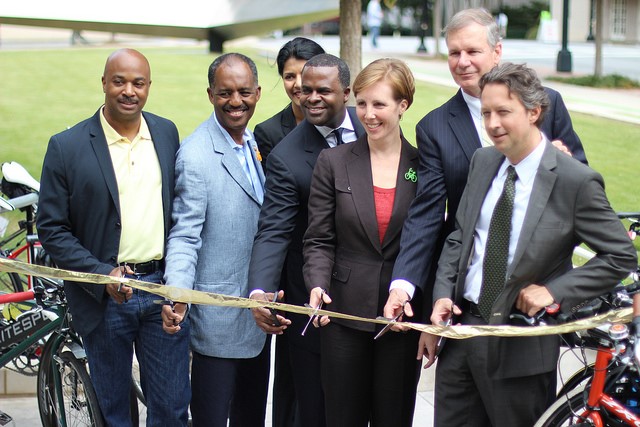 To advance the programmatic efforts, the organization also wrote a bike share feasibility study that led to a city bike share system. In 2017, the inaugural cohort of Atlanta Bike Champions helped generate 10,000 bike share trips in Westside Atlanta communities through 2,000 hours of community engagement. The Atlanta Bike Champions program hires, trains, and supports community members to encourage biking in their neighborhoods, and now in its third year, has grown to support bicycle education in school communities with facilitation by Bike Champions. In 2018, the Atlanta Bicycle Coalition piloted a program that aims to educate second-graders in Atlanta Public Schools called Shifting Gears. With four schools in the pilot year and nine in year two, the program has continued to expand.

Today, the Atlanta Bicycle Coalition remains the leading advocate for bicycle transportation in the city. The organization’s years of dedicated advocacy is partially credited with the City of Atlanta formally announcing it would create a Department of Transportation and is still impacting the city’s landscape.

In November 2019, the Atlanta Bicycle Coalition's governing board voted to approve a new strategic plan. This new strategic plan is guiding the organization beyond bikes to a focus on sustainable transportation options for all Atlantans.

In June 2021, the Atlanta Bicycle Coalition furthered this mission by merging with Pedestrians Educating Drivers on Safety, otherwise known as PEDS. By joining forces, the two organizations will gain efficiencies that will bolster advocacy to reclaim Atlanta's streets as safe, inclusive, and thriving spaces for people to ride, walk, and roll. Over the years, the Atlanta Bicycle Coalition and PEDS have partnered often to achieve milestones that make the city a safer, more convenient place for people to walk, use wheelchairs, bike, scoot, skate, and ride transit throughout Atlanta.

In 2022, the merged organization unveiled a new name in alignment with the Atlanta Bicycle Coalition’s new strategic direction during the 2022 Blinkie Awards: Propel ATL.