Do you want safer streets for people throughout Atlanta? Asking questions at public meetings is one way to help get them! In case you missed it, on September 28, 2022, the Atlanta Department of Transportation (ATLDOT) hosted a public engagement meeting to discuss the planned project design for the Campbellton Road Complete Street. Read more for our meeting recap and how you can shape the street design.

Information presented during the meeting can be found on the ATLDOT website and below:

This project segment covers Campbellton Road west of the More MARTA Bus Rapid Transit project planned for Campbellton (except for the Niskey Rd intersection where another project was recently installed). We expect that project to include infrastructure for people walking, using wheelchairs, biking, and scooting.

The biggest impact of the ATLDOT Campbellton Road Complete Street project would be to add 8-foot wide sidewalks where no sidewalk currently exists, as shown in the segment below: 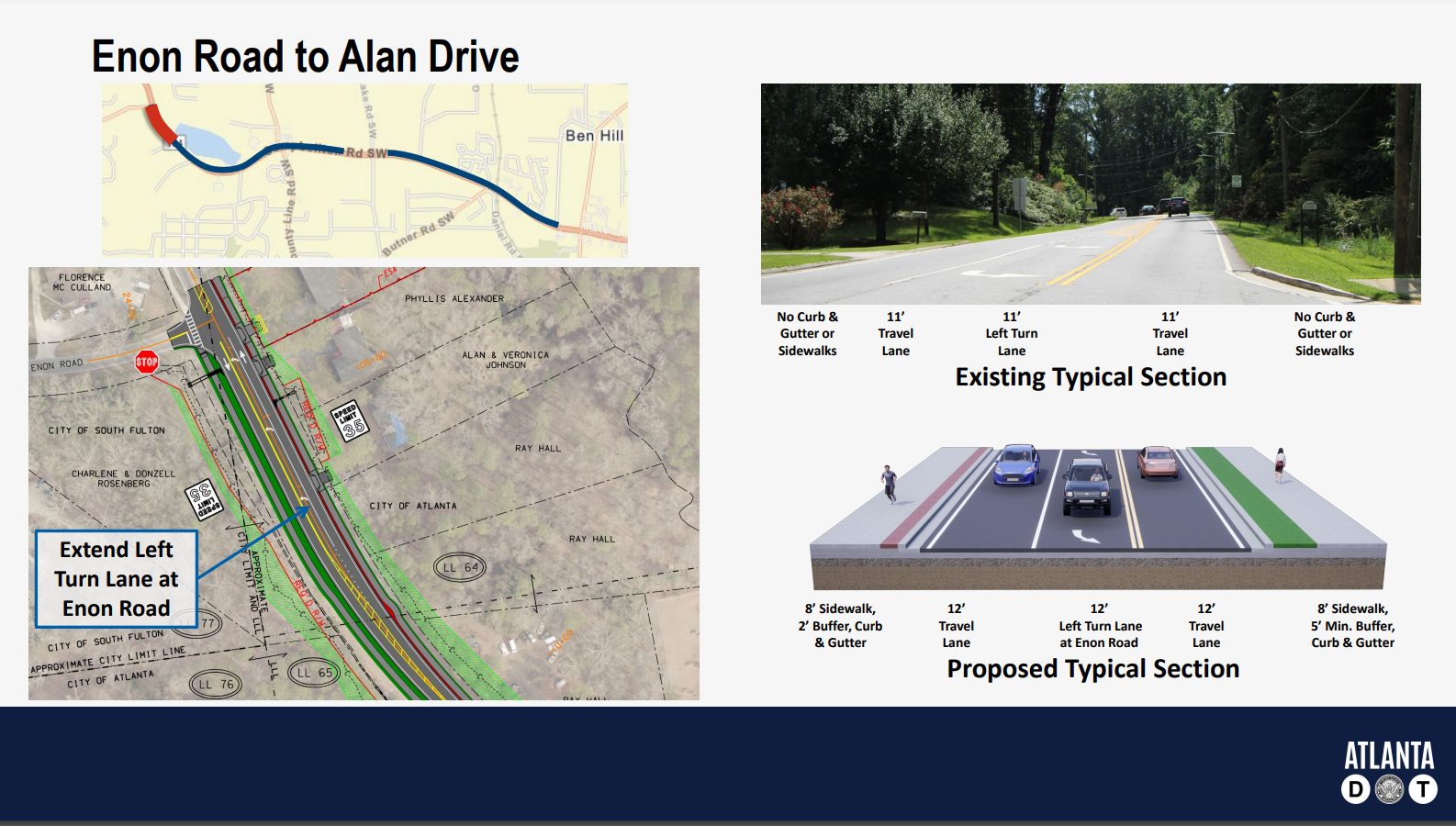 During the meeting, we asked how other modes of transportation that weren’t discussed – mainly people using bikes and scooters – could be accommodated and made safer by this project. ATLDOT said they were considering a multi-use path but hadn’t made a decision. 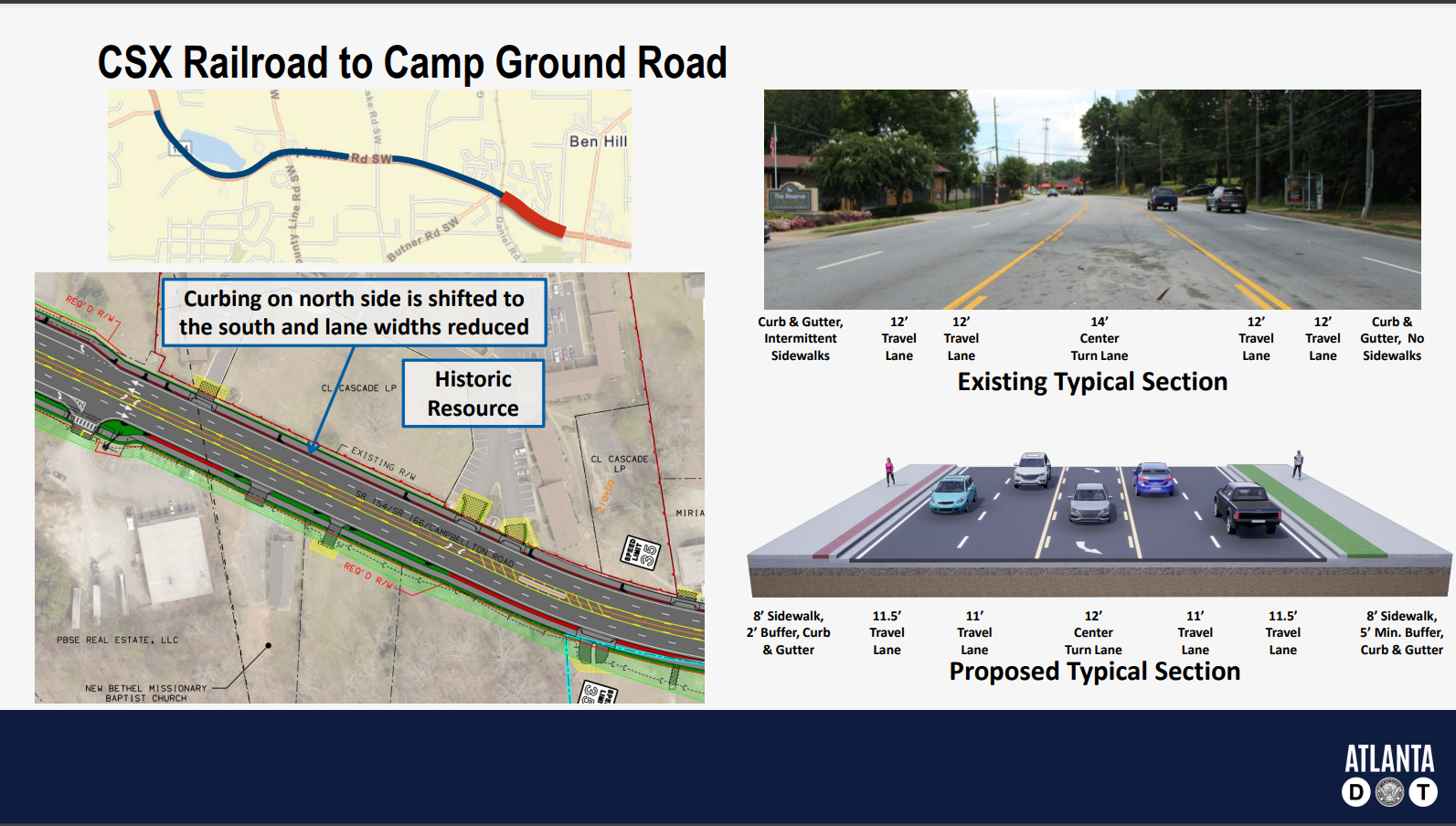 The section pictured above should be wide enough to meet the needs of people biking and scooting while prioritizing people walking and using wheelchairs. For example, making the travel lanes 11’ instead of 12’ would leave space for a 10’ multi-use path (the AASHTO recommended minimum width) with a 2’ buffer (see example below - conflicts with turning cars would need to be considered with this approach.)

Some major challenges mentioned to this project include a variety of utilities including a water reservoir and CSX bridge that is not within the scope to widen (GDOT is considering replacing the bridge separately).

The presenters did not include crash data, but during the Q&A portion of the meeting stated that the road had a high crash rate, including pedestrian injuries but no pedestrian fatalities.

We also asked about the distance between crosswalks, and whether signalized pedestrian crossings with refuge islands could be added to make it safer to cross.

Comments are being accepted through October 28, 2022.

To submit a comment, you can use the Comment Card pdf, or send an email to [email protected] with subject: "Campbellton Road."

As you submit your comment, keep in mind the lack of accommodations for people biking or scooting in the current design. Since ATLDOT is considering a multi-use path along this section, you may want to request this be included in the final design in order to support people biking and using scooters along Campbellton Rd.