Mr. Calloway was far from alone in the tragic end to his life: Moreland ranked first in Atlanta on a list no one wants to top, the High Injury Network, the 8% of streets where 88% of fatal crashes happen in our city.

In 2022 so far, 3 people have been killed crossing Moreland within one block, just south of I-20.

The disparities in who is most affected—Black, brown, and immigrant communities, older adults, and men—make this not only an issue of safety but one of equity. Unless real changes are made to Moreland Ave and other dangerous roads, the headline and the human costs behind the headline just keep repeating. 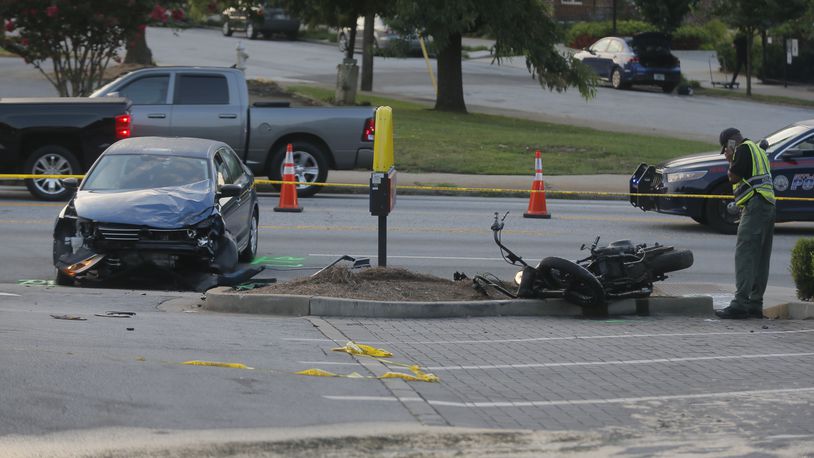 Twelve people lost their lives trying to get somewhere on Moreland Avenue between 2017-2021, including four pedestrians.

In Atlanta, some 8% of Atlanta’s streets account for 88% of fatalities and 52% of severe injuries, and just 10 streets accounted for one-third 1/3 of traffic fatalities. Moreland Avenue continues to top the list of the ten most dangerous corridors forming Atlanta’s High-Injury Network. These streets are not evenly distributed across the city — in fact, roughly two­-thirds of the network is located west of Northside Drive or south of I-­20. On the whole, neighborhoods with more miles of High­-Injury Network streets had lower median incomes, a larger share of Black residents, higher rates of walking, biking, and taking transit to work, and lower rates of vehicle ownership. Less than one mile of the High-­Injury Network is located in neighborhoods where the median income is in the top 20% among all Atlanta neighborhoods. Two-­thirds of the entire network, or approximately 80 miles, is located in neighborhoods where the median income is in the bottom 40% of Atlanta neighborhoods.

Speeds are so high, traffic so unpredictable, and lanes so close to businesses that people behind the wheel routinely crash into the buildings along Moreland. In February of 2019, Hodgepodge Coffeehouse owner Krystle Rodriguez told Eater Atlanta about one of these incidents - a crash that ended with the driver smashing her car into the shop’s “living room.” Fortunately the coffee shop was closed at the time so no customers were injured. In April 2021, a chase initiated by the Georgia State Patrol ended with an ATV crashing into the patio furniture at the same location.

Communities coming together for a safer corridor

Moreland Avenue is home to local businesses, large companies, churches, community centers and greenspaces, and thousands of residents. Many parts of Moreland Avenue feel like residential neighborhoods with an oddly out-of-place arterial cutting through them.

Neighbors and elected officials have come together many times over the years to seek safety improvements. Over the past two years, community leaders have been coming together to work with Georgia Department of Transportation (GDOT) to push for safety. They completed a Roadway Safety Audit to identify and address the many safety challenges on this dangerous corridor.

Nearby in Little Five Points, after many years of advocacy by businesses and community members, the Georgia Department of Transportation (GDOT) reduced the number of lanes at an especially wide point, installed signalized crossing for people walking or using wheelchairs, and added a bike lane followed by physical barriers to better separate people on bikes from motor vehicle traffic. Similarly, GDOT gave Memorial Drive a safety overhaul with the addition of a center turn lane and sidewalk buffers during a 4 to 3 lane conversion. As a result, the kinds of crashes we most want to avoid - those causing serious injury or death - were dramatically reduced.

Until we shift the priority from cars to people, Moreland will continue to operate like a high-speed, chaotic highway through our city’s neighborhoods.

2. If you live on or near the corridor, get involved with your neighborhood association's transportation committee. If you're not sure how to do that, our Communicates Advocates Network can help.

3. Join us in calling on the Georgia Department of Transportation to take every opportunity to make this very dangerous corridor safer through every project on the corridor. When making choices on street design, prioritize safety, especially that of people walking, biking and using wheelchairs, over moving cars and trucks faster. Finally, treat sidewalks as if they are just as important and intrinsic to how a road is built and maintained as pavement.

Moreland Avenue in the news / resources