The plan is described as showing "...how the City will activate the projects across multiple departments, including the monitoring and control measures the City will use to ensure the projects adhere to the baseline schedule, budget and project scope. The Plan also provides a project prioritization methodology and lays out how a master schedule will be used to manage these infrastructure improvements..."

One major challenge for project delivery that the plan does not address: how the five transportation project managers for the entire Atlanta Department of Transportation are expected to deliver hundreds of projects. Read more for elements of the plan that stood out to us.

1. A 15-member Stakeholder Oversight Committee appointed by the Mayor and Councilmembers will be formed.

This committee is intended to “represent the interests of residents by ensuring the Program is implemented in an expedient, organized, and accountable manner.” We served on the last bond/TSPLOST oversight committee and it was not a good experience. We provided input on the oversight legislation adopted by Atlanta City Council that we hope will make this group more effective.

2. Appendix K (page 53) is a prioritized list of projects showing when each would be "activated," or put into the pipeline for scheduling.

This is the main reason we were eagerly anticipating this document. Intriguingly, the "Peachtree St Safe Street" project, funded by TSPLOST at $9.7 Million and described on the Moving Atlanta Forward list as a “Safe Streets Projects & Protected Bike Lane,” is in the first batch.

Other projects we’re celebrating in the first batch include

3. The project life cycle, shown below, shows projects being completed within 3 years of activation:

This is a major area for improvement – seven years after the 2015 Renew Atlanta bond we're waiting for projects to be delivered. 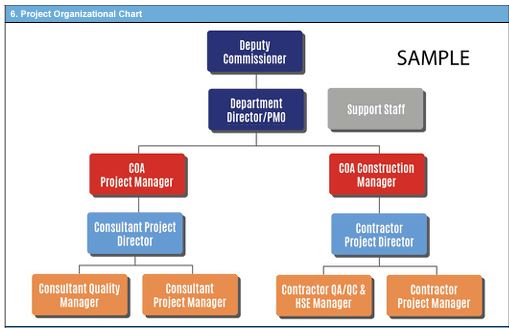 Note the role of COA (City of Atlanta) Project Manager. This document did not include a departmental org chart, but based on our experience working with City staff, we believe there are only a few transportation project managers for the City of Atlanta. As a result, each one has too many projects to advance them efficiently through the project flow chart above.

The ATLDOT budget remains below that of peer cities. Atlanta's Department of Transportation budget is $47,425,174. According to estimates from the National Association of City Transportation Officials, or NACTO, the median budget for NACTO cities with 300,000-600,000 residents is $164,320,550, or about 3.5 times larger than Atlanta's.

What does this mean for community members? It means we are still waiting on projects from the 2015 Renew bond and 2016 TSPLOST. A major shortfall of the Strategic Delivery Plan is that it doesn't address this issue or show how an understaffed department is supposed to do more with less. The closest it comes is to mention that "Staff retention is a significant risk to the Program" under "risk management" (page 17).

Given the current reliance on consultants for project delivery, this is important and necessary – we're surprised it wasn't happening previously.