Last night, Atlanta ballot initiatives to pay for transportation projects were approved by voters. The TSPLOST (transportation sales tax) passed with 69% of the vote and the two bond ballot measures received over 80%.

The TSPLOST in particular was more controversial this year, likely because many Atlantans, ourselves included, were disappointed in how many projects were built with the funding approved in 2016. 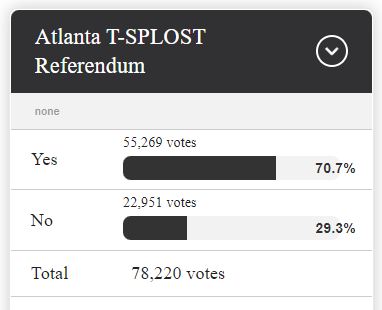 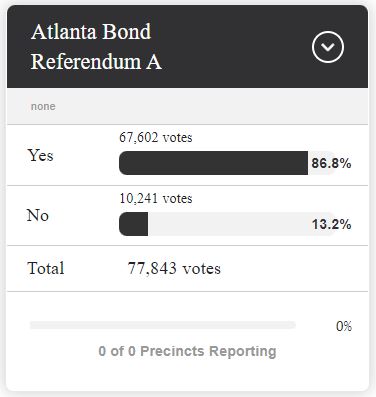 We anticipate better results this time for three reasons:

Now the work begins to build projects on the safeguarded lists. We need leadership to make this happen.

In light of the recent resignation of Commissioner Josh Rowan, the City needs its next Department of Transportation Commissioner to stay true to the city's stated commitment to "Safety, Equity, and Mobility" -- against the pressure to maintain the status quo that prioritizes driving over all else.