This is the view from Northside Drive where a young man's life ended suddenly a few months ago. Just 28 years old, he was trying to cross the street when he was hit by the driver of a car and killed. We receive daily reports of fatal crashes from the state department of transportation, and share the reports on sustainable transportation fatalities with the relevant City Council members so they can use the information to advocate for safer streets in their districts. 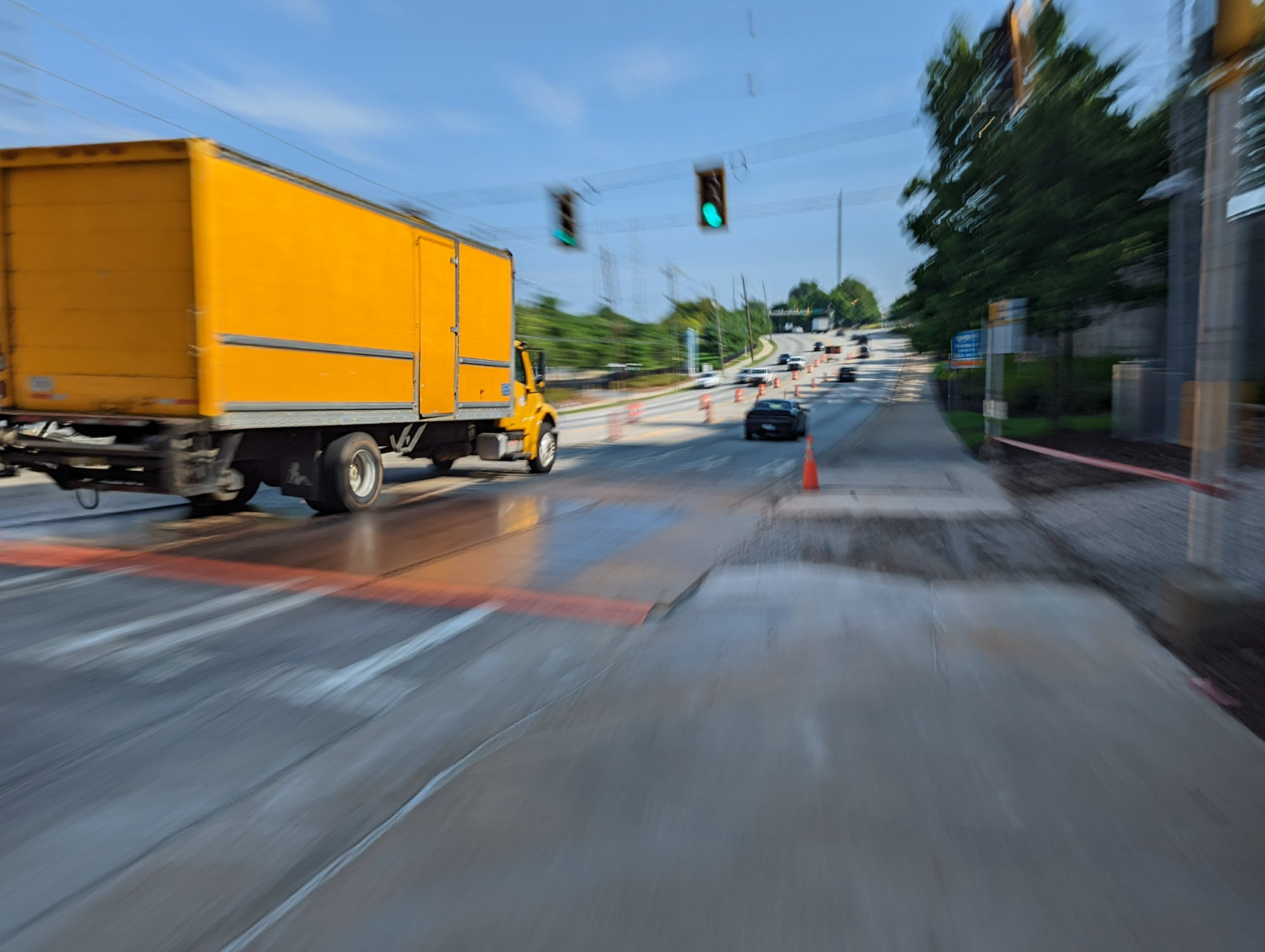 Thank you Councilmember Byron Amos for joining us for this site visit to Northside Drive. 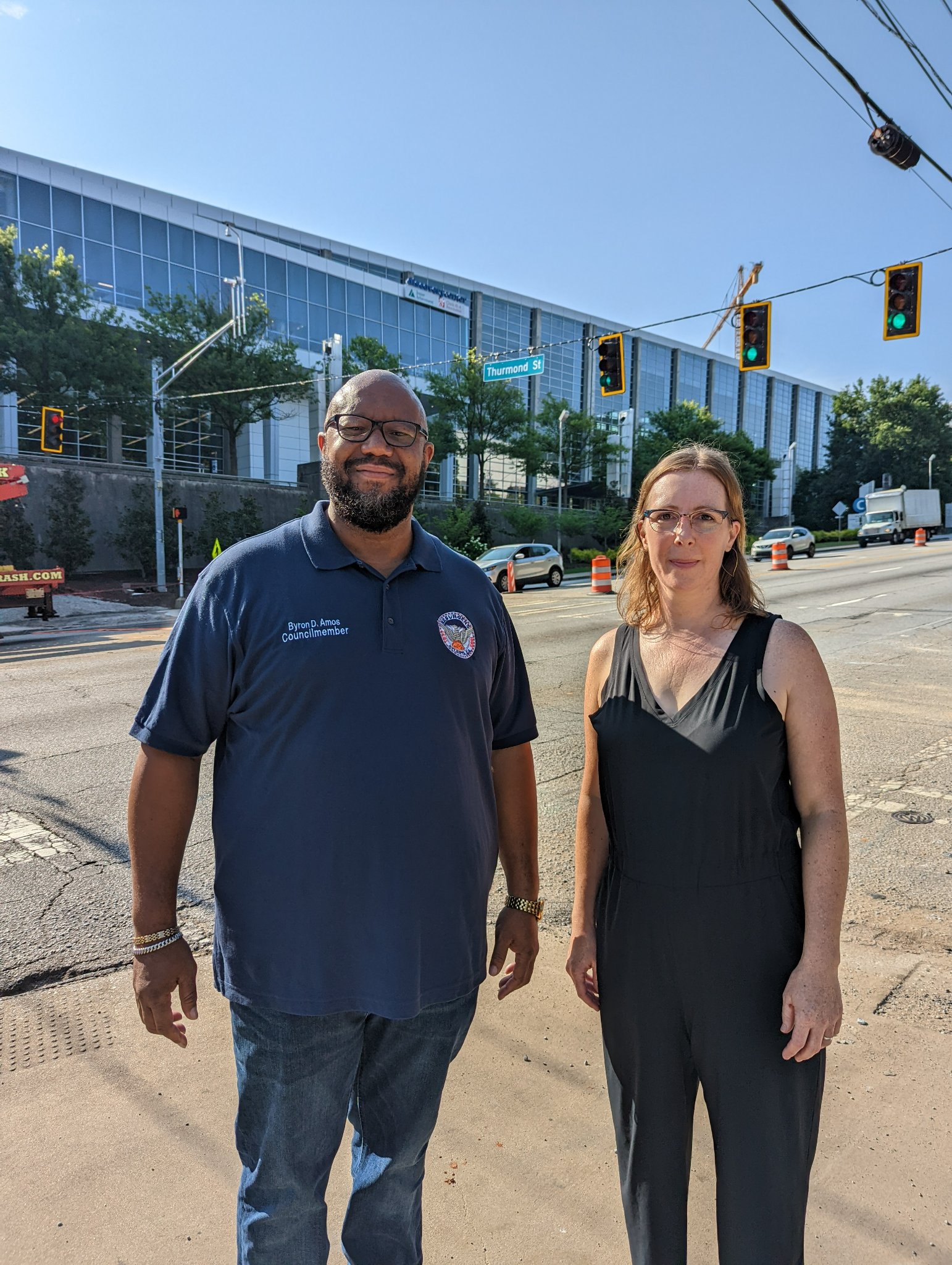 People are still getting hit by car drivers while crossing Northside Drive, despite the expensive--and controversial--pedestrian bridge nearby.

A GDOT project (PI #0015998) would add a median & wider sidewalks on the westside of Northside between MLK Jr. Drive & Rhodes Street. The project's stated goals are to "reduce...pedestrian involved crashes & increase pedestrian level of service... with a secondary goals of improved traffic operations & providing streetscaping for an area of Atlanta frequently visited by leisure and convention travelers..."

The 2020 concept report notes "...crash rates have been consistently above statewide averages for principal arterials in urban areas. In 2017 and 2018, the injury crash rate in the study corridor was more than five times that of urban principal arterials in Georgia"  and states that "Overall this project is expected to slightly reduce corridor delay if implemented." This statement is concerning because traffic is already fast and furious on this stretch. Reducing delay means potential for higher speeds.

We're planning to request the following improvements through the planned project:

Let us know if you have other suggestions by emailing [email protected].