Pedestrian Scrambles aka the Barnes Dance

With the recent announcement from the Atlanta Department of Transportation of a new scramble at the intersection of 10th and Piedmont in Midtown, interest in this safety strategy is on the rise!

We’ve advocated for pedestrian scrambles for years. While today it’s accepted that most BeltLine crossings will have pedestrian scrambles, this wasn’t always the case. For example, we had to push hard to get the scramble at the BeltLine Krog tunnel intersection with DeKalb Ave. Traffic engineers were concerned that the scramble would increase delay for people driving, but in the end the tremendous safety benefits of the scramble won out. We’ve advocated for scrambles as part of other projects as well and see them as a valuable safety tool.

If you’re asking yourself what a pedestrian scramble is, you’re not alone. Pedestrian scrambles create a time during a traffic signal’s cycle when people on foot and using wheelchairs can cross in any direction, without worrying about turning cars.

Here’s how Strong Towns described them in 2018: “If you’re on foot, you simply get to the intersection, press the Walk button and wait for the current green light cycle for cars to complete. Then all the traffic lights go to red, and the Walk signs in all directions light up. You can cross straight, left, right or even diagonally, without any concern for car traffic. Not only does this make your life safer and less stressful, it also makes things safer and easier for drivers, who don’t have to worry about close calls with people walking as they make their turns.”

Similar to scrambles, some traffic signals have a "pedestrian exclusive phase" -- a time during a traffic signal cycle set aside for people crossing outside of cars, while all drivers have a red light. 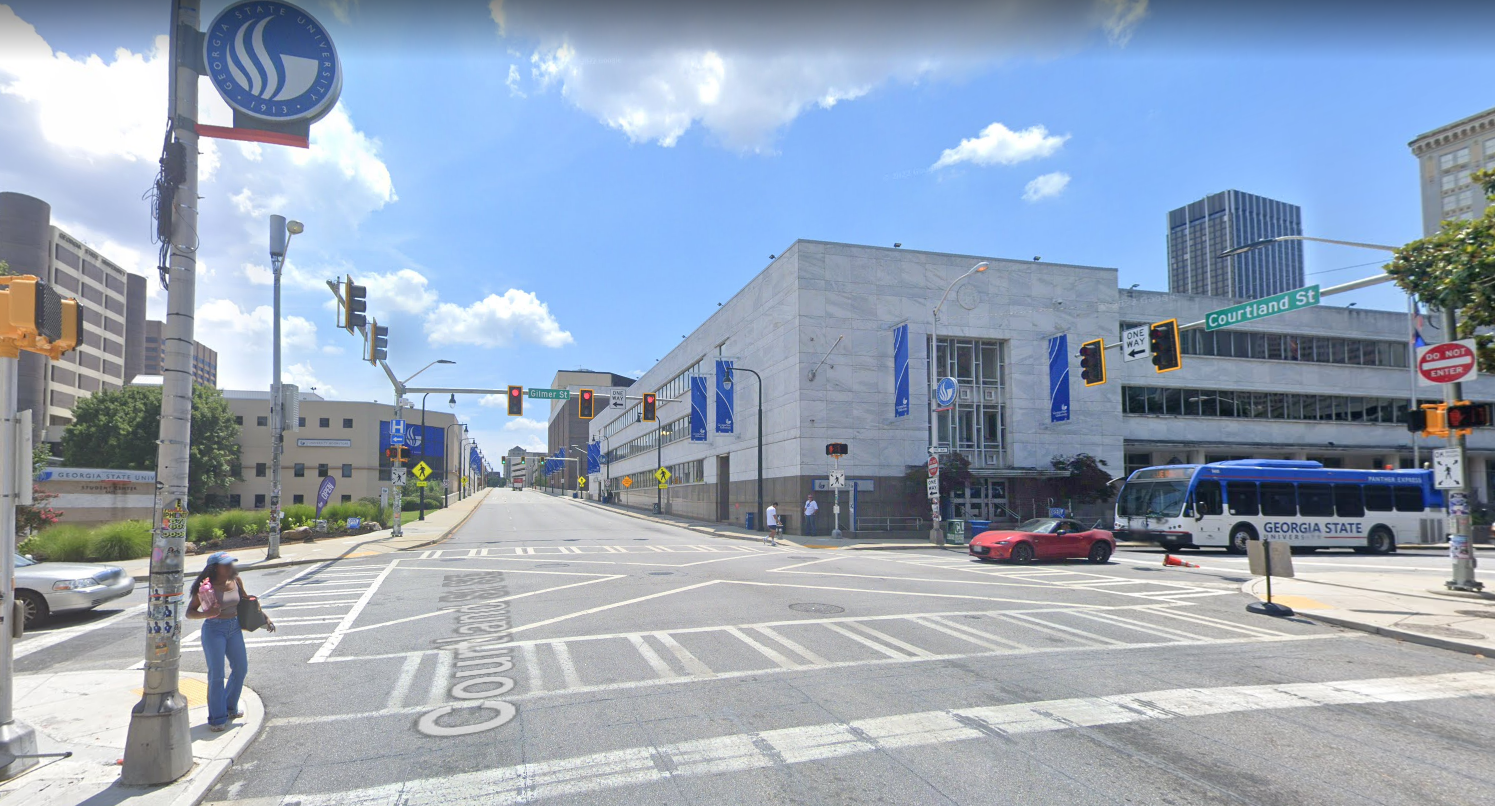 Coverage of the new scramble has sometimes overlooked the fact that multiple scrambles already exist throughout metro Atlanta!

Here are a few inside the city

History of the pedestrian scramble

As Tree hugger reported, "They gained popularity thanks to Henry Barnes, a public official who worked as a street commissioner in a number of American cities during the mid-20th century. Barnes championed the intersections starting in Denver, where they picked up the nickname Barnes Dances after a city hall reporter wrote, ‘Barnes has made the people so happy they're dancing in the streets.’”

A study by Jacobs and AECOM presented during the 2019 Georgia Walks Summit analyzed the difference kinds of scrambles. Spring St at 5th St is a 120-second “double-serve” pedestrian scramble. Courtland Street at Gilmer Street on the Georgia State University Campus is a “single-serve” ped scramble.

Where could a pedestrian scramble make a crossing safer in your community?