Hollowell in the news

The Georgia Department of Transportation (GDOT) Pedestrian Safety Action Plan calls Donald Lee Hollowell Parkway one of the “top corridors in Georgia with clear patterns of pedestrian crashes that resulted in serious or fatal injuries.” In 2019 the Atlanta Intown Multimodal Safety Analysis Study found that Hollowell was among the corridors with high rates of people being hit by speeding drivers. (Find out why some roads are more dangerous than others).

Two more people were killed by speeding drivers as they tried to cross Hollowell between August-September 2022. One individual was described by loved ones as "a skilled carpenter/mechanic by trade... a people person [who] never met a stranger." The driver of the car who hit him eventually stopped in a gas station to report the crash. Another was "hit and left to die." The driver who hit her has not been found.

8 people have been killed after being hit by cars on Hollowell Parkway between 2017-2021, making it among Atlanta's deadliest roads on the High-Injury Network. 3 of the 8 were people walking or crossing the street. (Data from Crash Data Portal.)

These stark statistics obscure the stories behind them. In 2019 14-year-old Jermaine “J.J.” Wallace, Jr. was killed by a speeding driver as he waited for the school bus on Hollowell, just days after a man was hit and killed as he carried his groceries home.

Clearly, a solution to this well-documented pattern of tragedy, outcry, and inaction is long overdue.

In 2022 GDOT launched community engagement for the safety project. You can follow the safety improvements and other projects planned for Hollowell here. The map below is from the GDOT Hollowell projects page, which includes a link to the summer 2022 updates. 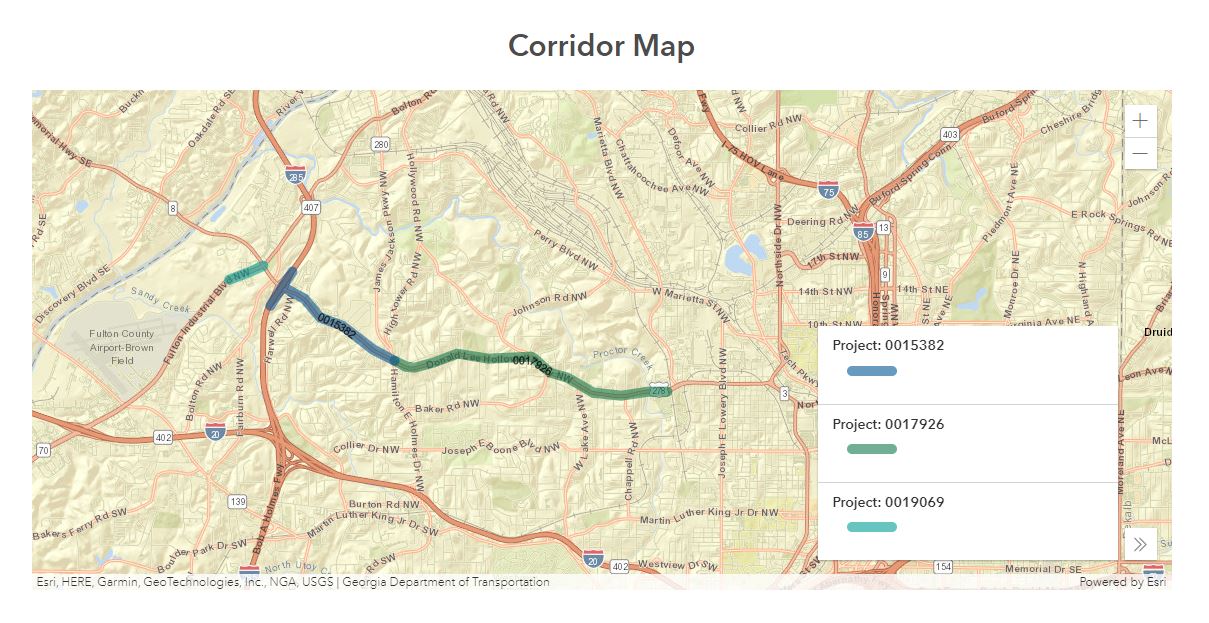 In addition to the safety project, we’re paying close attention to the “scoping study” (PI # 0015382) to make sure it continues the trend of prioritizing safety for this high-speed corridor.

A safer Hollowell for community members is long-overdue – you can help make it happen!

Call on city and state officials to support the safety project and take it further, and to act with the urgency and diligence this dire situation requires.

Hollowell crashes in the news