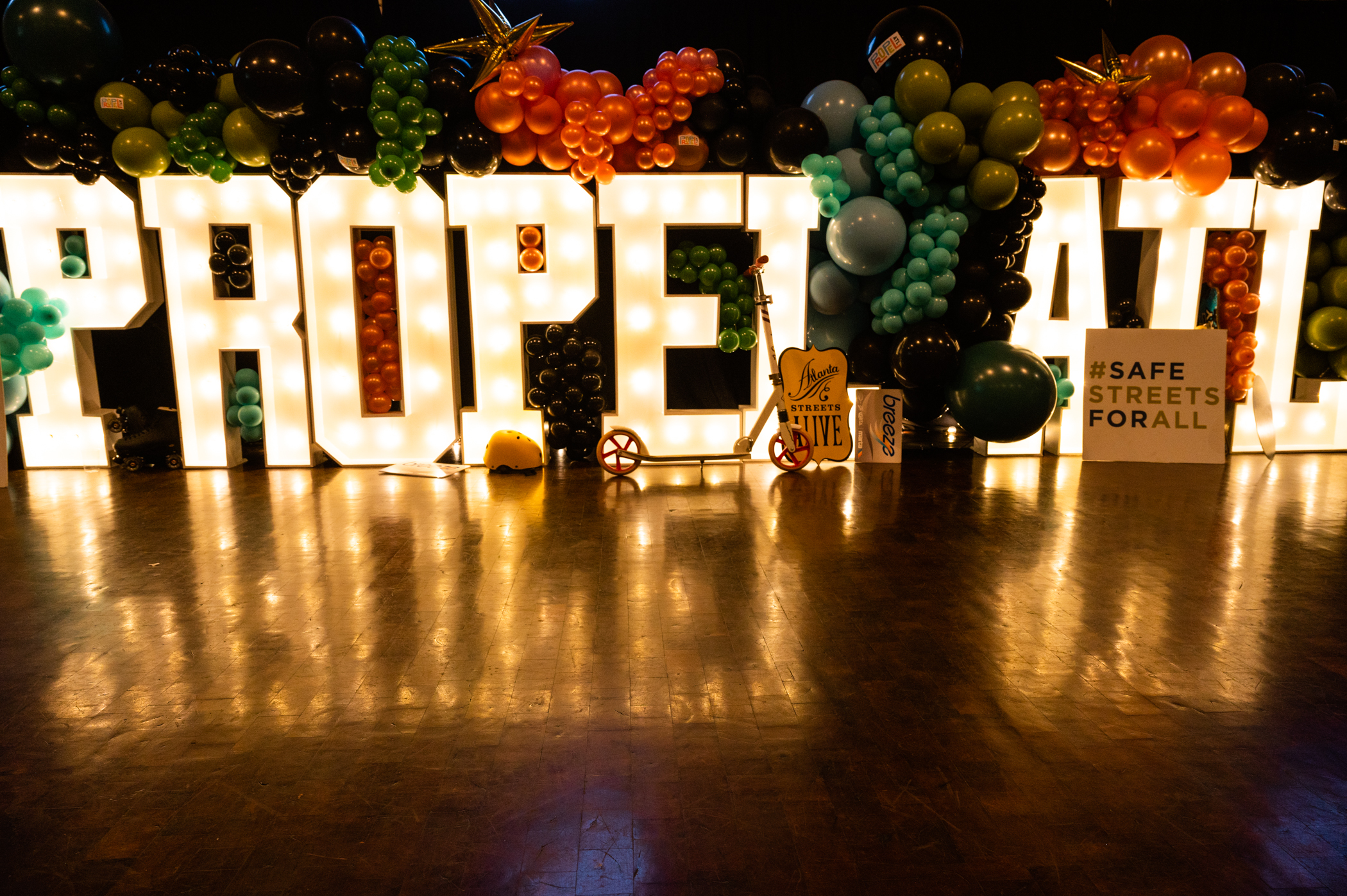 On Thursday, May 19th, more than 100 people joined us for our first large in-person event since 2020. The Blinkie Awards is a special annual event where we celebrate accomplishments and advancements related to sustainable transportation made over the past year.  Additionally, at the 2022 Blinkies, we debuted our new name and brand. Formerly the Atlanta Bicycle Coalition, we are now Propel ATL. 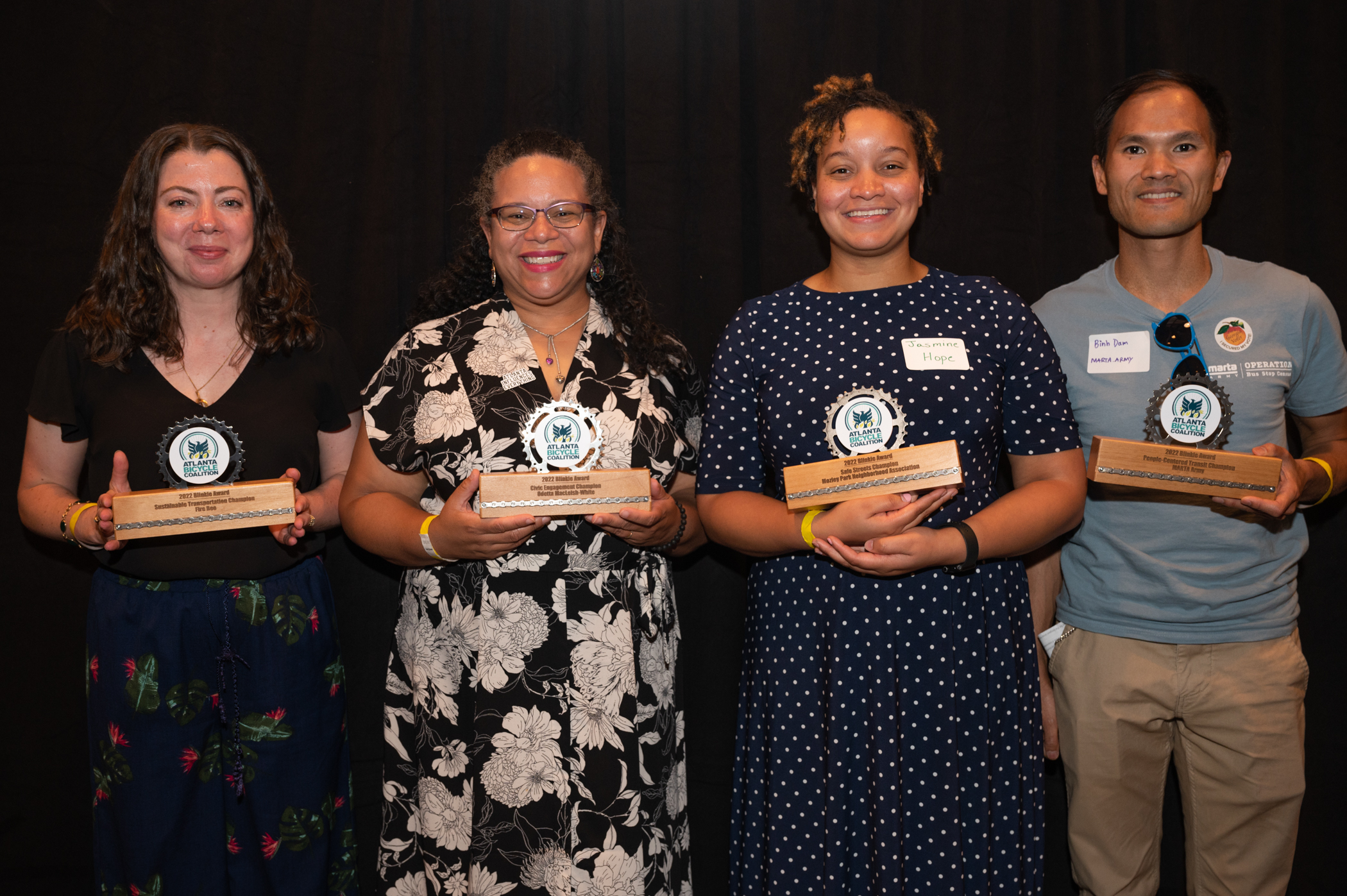 Fire Bee was among the groups honored at the Blinkie Awards. They received the Sustainable Transportation Champion award for their communications and public relations services for bringing frequent car-free streets programming (Atlanta Streets Alive) to our city.

The Civic Engagement Champion award went to Odetta MacLeish-White. Odetta was celebrated for her community stabilization efforts, particularly Equitable Transit-Oriented Development initiatives and her work with the TransFormation Alliance.

MARTA Army was granted the People-Centered Transit Champion. They were honored for their contributions to people-centered transit in Atlanta, notably through their Bus Stop Census report.

The Mozley Park Neighborhood Association was named our Safe Streets Champion. They earned this award through their dedication to pedestrian safety and community engagement in their neighborhood.

A key fundraiser for our nonprofit, generous donors contributed nearly $35,000 in support of our mission of reclaiming Atlanta’s streets as safe, inclusive, and thriving spaces for people to ride, walk, and roll. This event would not have been possible without our gracious sponsors and supporters. We want to extend our deep gratitude to AECOM, Bike Law Georgia, Office of Atlanta City Councilmember Matt Westmoreland, Pullman Yards, Tito's Handmade Vodka, and Total Wine & More for their support. 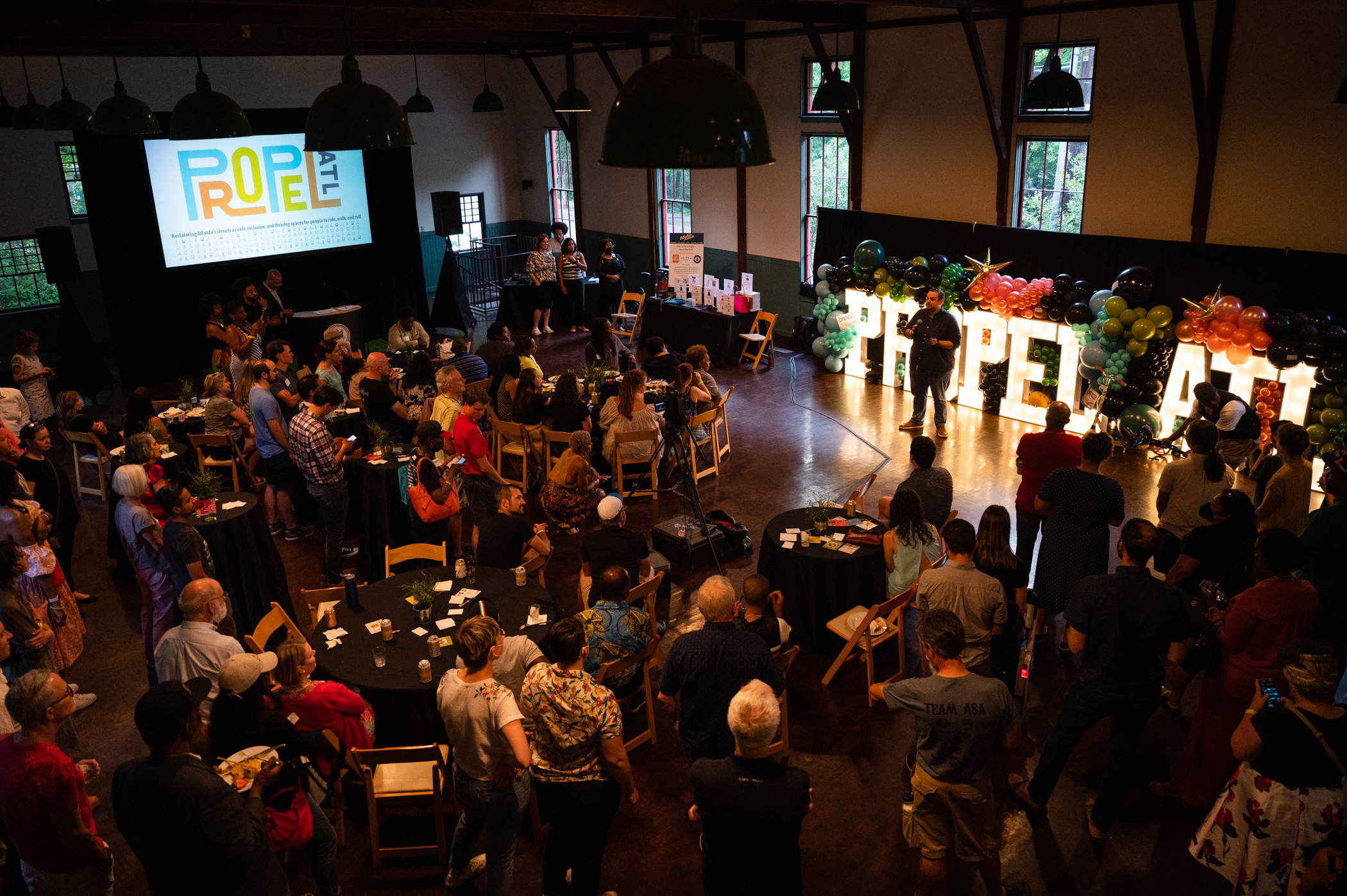