Edgewood and Auburn are being repaved - the wait is over!

Both Auburn and Edgewood Avenue were long overdue for repaving. Dips, gaps, and bumps marred the street surface, making it difficult and, in places, downright dangerous, for people on bikes or in wheelchairs to travel safely.

All that is changing! Funded by the Renew Atlanta bond approved by voters in 2015, Edgewood and Auburn are being resurfaced and the bike lanes refreshed. 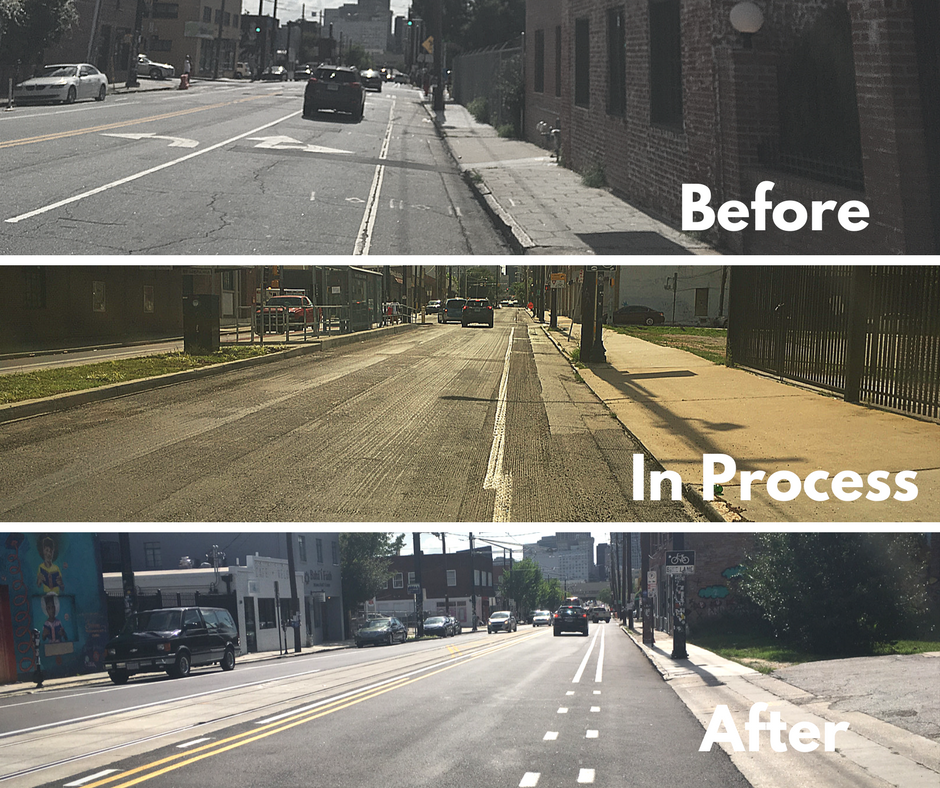 The Atlanta Bicycle Coalition had been asking for this important repair since the early days of the Atlanta Streetcar proposal.

At the time the Streetcar received federal funding, we had requested the City of Atlanta extend the Edgewood bike lane from where it ended at Boulevard to Woodruff Park / Five Points in Downtown Atlanta.

While we also advocated for a continuous bike lane on Auburn (see Tour de Sweet Auburn with Red Bike & Green - Atlanta), we haven't been successful to date. We still hope to see a safe and consistent bike lane design for Auburn Avenue some day.

In the meantime, the improved pavement addresses many safety issues and will prevent crashes on both Edgewood and Auburn, while encouraging more people to bike to their destinations on this important and historic corridor.