“Cycletrack? Isn’t that the thing that bikers race on?” a friend asked me recently, swirling her fingers in the air to indicate the circular track she imagined bicycles speeding around. And it’s reasonable that after hearing the term “cycletrack,” her mind would jump to spandex-clad racers sweating over their handlebars, much as she would imagine runners sprinting around race tracks and horses galloping around horse tracks.

But a “cycletrack” has nothing to do with a racing circuit. A cycletrack is really just a protected bike lane--or a path for people on bikes, physically separated from car traffic, built on a regular street. So let’s stop confusing people by calling it a cycletrack.

Protected bike lanes are the most desirable form of bike lanes; their physical barriers--usually posts or flower planters or raised pavement--provide security for people on bikes so that they can ride slowly and comfortably. In a protected bike lane, a ten-year-old and her father can cruise to school together, unhurried or threatened by faster-moving vehicles. Think of the protected bike lanes you have seen along 10th Street. 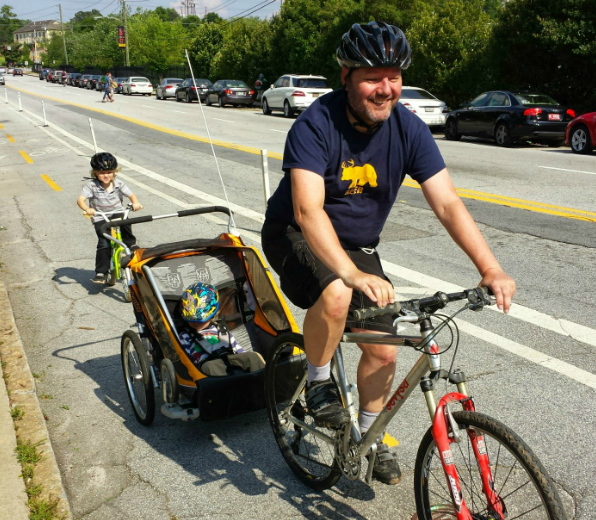 Of course, not all bike lanes are protected. Like car lanes, there are multiple forms of bike lanes. At its most basic (and least effective), a bike lane is a four-foot-wide shoulder on the road meant specifically for bicyclists to ride in. You may have seen this style of bike lane on West Peachtree Street. “Buffered” bike lanes are the next step up; buffered bike lanes provide a painted area (or a “buffer”) between the cars and the bicyclists, for additional safety and comfort. Ponce de Leon Avenue is a good example of where you can see this painted buffer between bicycle traffic and car traffic.

“Sharrows,” another term you may have heard, are not bike lanes at all; they are basically just pictures of bicycles painted on the road to help remind drivers and bicyclists that bicycles may use the full lane. You have probably seen “sharrows” on Marietta Street downtown. 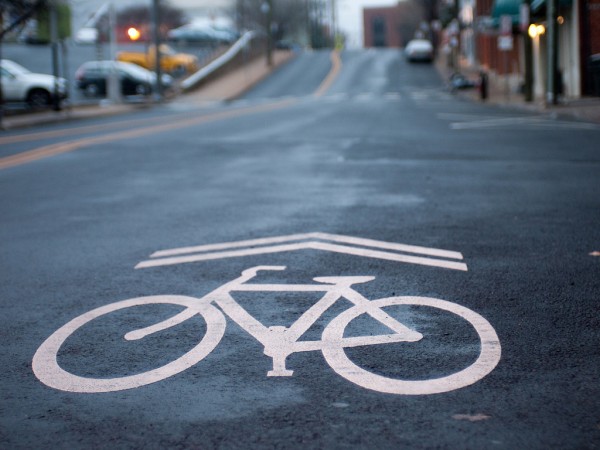 As you can see, protected bike lanes are key to good bicycle infrastructure in Atlanta, so we should use that term, which shows that we care about just that: the protection of people trying to bike from their jobs, their homes, and other destinations in our great city.