If it had passed as originally written, downtown streets would be smoother, but not measurably safer. Fortunately, it was amended to require the repaving projects include bicycle and pedestrian improvements, and add funds from the general fund to reduce the drain on the bond/TSPLOST. Read more for how this was achieved and what's next! 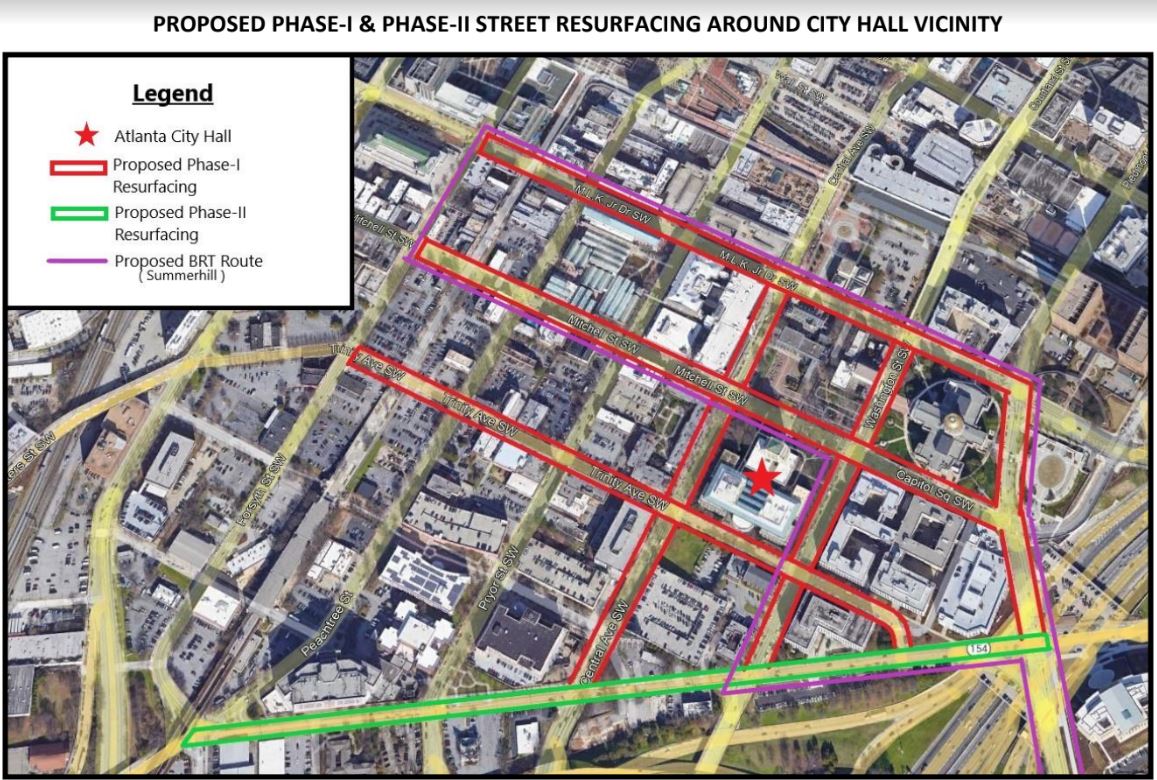 Our vision for Atlanta is a state of being where everyone gets around safely, easily, and sustainably. To create that city, we need our leaders to put people first when it comes to our streets. One of the core strategies in Atlanta’s Strategic Transportation Plan adopted in 2019 is to “take every opportunity to make streets safer.” The plan goes on to recommend incorporating crash-prevention tools into resurfacing to design our roads to be safer and to “prioritize safety in restriping programs.”

We asked for Atlantans’ help to call on the City of Atlanta to incorporate bicycle, pedestrian, and transit improvements into the legislated resurfacing projects (read more about that effort here).

177 of you took action and contacted your Councilmembers - thank you!

“There are 31 Reasons Why we must take every opportunity to make streets safer throughout Atlanta. That's 31 Atlantans who died in 2021 just trying to cross the street. If this legislation is approved without amendment, you choose to make streets smoother –  but not measurably safer. If you want to advance this legislation, here are two ways to fix it: require the repavings infuse safety improvements for people as they walk, use wheelchairs, access transit, bike, and scoot safer; and find a different funding source for the 7 out of 8 streets that don't appear on a voter-approved list.“ video

As a result – and due to both his personal experience as a bike commuter and the expressed needs of his constituents – District 4 Councilmember Jason Dozier introduced an amendment that calls for bicycle and pedestrian improvements to be installed “to the extent possible.” The amendment was adopted by City Council and funded, in part, by $1.5 Million from General Fund reserves. The amended legislation reads in part:

“WHEREAS, as a part of the repaving and maintenance work, bicycle and pedestrian improvement will be made and installed to the extent possible and partially funded by $1.5 M from General Fund reserves, as well as consideration given to existing transportation projects programmed for the immediate proximity, including Summerhill BRT, the Central/Pryor Safe Streets enhancements, Cycle Atlanta 1.0 and 2.0” legislation

This is what collective action can achieve. These changes are a positive step towards addressing our concerns. Thank you advocates and concerned residents for speaking up for safety improvements on downtown streets.

This is an important step, but it's not the finish line. The work starts with the legislation, but that’s not where it ends.

In order for the legislated resurfacing projects to comply with the amended legislation and make these streets safer, the City and ATLDOT need to prioritize and complete projects that include safety improvements, keep residents informed throughout the entire process, and ensure there is enough staff to manage the projects effectively.

How should they prioritize safety improvements?

All eight downtown streets listed in the legislation appear in approved City or State transportation plans as intended for safety improvements. 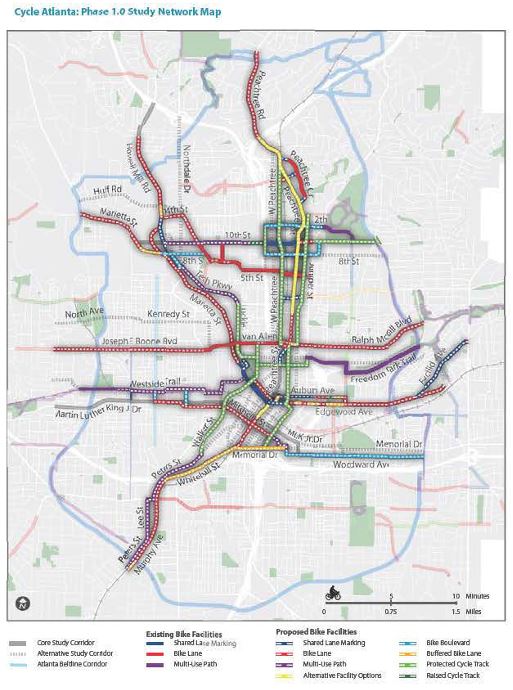 We believe every street resurfacing should include safety improvements and planned projects! Deciding to repave these streets quickly is a policy decision, and it's one that is likely prevent safety improvements from being incorporated into every project.

Sign up for our newsletter to stay up to date on this issue and other advocacy initiatives.